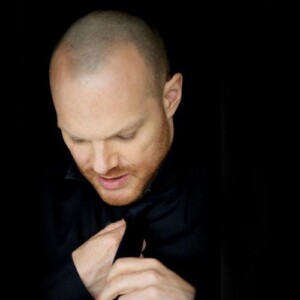 Lars Vogt has established himself as one of the leading musicians of his generation. Born in the German town of Düren in 1970, he first came to public attention when he won second prize at the 1990 Leeds International Piano Competition and has enjoyed a varied career for nearly twenty-five years. His versatility as an artist ranges from the core classical repertoire of Mozart, Beethoven, Schumann and Brahms to the romantics Grieg, Tchaikovsky and Rachmaninov through to the dazzling Lutoslawski concerto. Lars Vogt is now increasingly working with orchestras both as conductor and directing from the keyboard. In September 2015 he took up his post as Music Director of Royal Northern Sinfonia at Sage, Gateshead reflecting this new development in his career. Highlights of their inaugural season together include presenting the series’ ‘Reclaiming Mozart’ and ‘Sibelius and the Musical North’ as well as various chamber projects.

During his prestigious career Lars Vogt has performed with many of the world’s great orchestras including the Royal Concertgebouw Orchestra, Berlin Philharmonic, Deutsches Symphonie-Orchester Berlin, Dresden Staatskapelle, Vienna Philharmonic, London Philharmonic, London Symphony Orchestra, New York Philharmonic, Boston Symphony and Orchestre de Paris. He has collaborated with some of the world’s most prestigious conductors including Sir Simon Rattle, Mariss Jansons, Claudio Abbado and Andris Nelsons. His special relationship with the Berlin Philharmonic has continued with regular collaborations following his appointment as their first ever “pianist in Residence” in 2003/4.

In June 1998 he founded his own chamber festival in the village of Heimbach near Cologne. Known as “Spannungen”, the concerts take place in an art-nouveau hydro-electric power station. Its huge success has been marked by the release of ten live recordings on EMI.

A passionate advocate of making music an essential life force in the community, in 2005 Lars Vogt established the educational programme “Rhapsody in School” which brings his colleagues to schools across Germany and Austria, connecting children with inspiring world-class musicians.