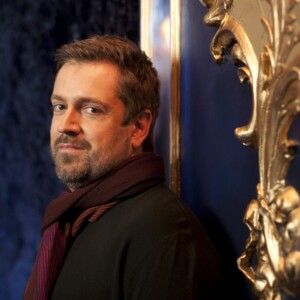 Born in Lisbon, Portugal in 1968, Artur Pizarro gave his first public performance at the age of three and made his television début on Portuguese television at the age of four. He had been introduced to the instrument by his maternal grandmother, pianist Berta da Nóbrega, and her piano-duo partner, Campos Coelho who was a student of Vianna da Motta, Ricardo Viñes and Isidor Philipp. From 1974 to 1990 Artur studied with Sequeira Costa who had also been a student of Vianna da Motta and of Mark Hamburg, Edwin Fischer, Marguerite Long and Jacques Février. During a brief interruption of his studies in the USA, Artur also studied with Jorge Moyano in Lisbon, and in Paris worked with Aldo Ciccolini, Géry Moutier and Bruno Rigutto.