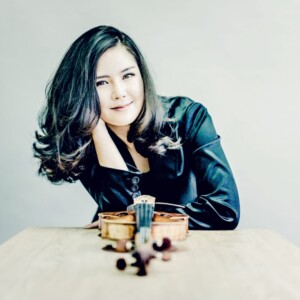 Combining integrity with elegance and focus with panache, Hyeyoon Park is an artist of outstanding style and virtuosity. Since making her orchestral debut at the age of nine with the Seoul Philharmonic, she has achieved international acclaim with orchestras such as the Symphonieorchester des Bayerischen Rundfunks, Orchestre Symphonique de Montreal, NDR Elbphilharmonie Orchester, Royal Liverpool Philharmonic Orchestra, Mariinsky Orchestra St Petersburg, and NHK Symphony Orchestra.

The youngest ever first prize winner of the ARD International Music Competition in Munich at the age of 17 in 2009, Hyeyoon was also a recipient of the Borletti-Buitoni Trust Award in 2011 and went on to receive the London Music Masters Award in 2012. Passionate about education, this award has provided her with a regular platform to bring music and performance into London’s schools.

Born in Seoul in 1992, Hyeyoon studied at the junior colleges of the Korean National University of Arts and University of Cincinnati with Professor Piotr Milewski. She also studied with Professor Antje Weithaas at the Hochschule für Musik “Hanns Eisler” in Berlin and with Christian Tetzlaff as a Young Soloist at the Kronberg Academy. These studies were funded by the Nikolas Gruber Stipendium.

Hyeyoon Park plays a violin made by the German violinmaker Stefan-Peter Greiner.