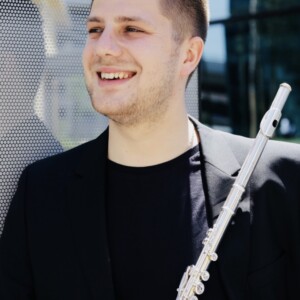 Matvey Demin belongs to the most promising artists of his generation. Born in Siberia, Russia in 1993, Matvey started to study flute with his grandmother, continuing his education in Hannover and Munich with Prof. Andrea Lieberknecht. He is a prize winner of such competitions as international «Aeolus» competition, ARD International Music competition (Munich), international flute competition in Krakow, Unisa International music competition and many other competitions. Since the age of 20 Matvey holds a position of Co-Principal Solo flute in the Tonhalle Orchestra Zurich, where he works under the baton of Paavo Järvi, David Zinman, Bernhard Haitink and many other conductors. He is very active at chamber music scene, playing concerts at festivals like «Flute Virtuosi» in Sankt-Petersburg, «Molyvos festival» and «Samos young artists» festival in Greece. As a soloist Matvey recently performed with Tonhalle Orchestra Zurich and Mariinsky Symphony Orchestra and many others.