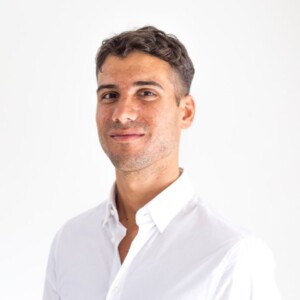 Born in Spain in 1985, Luis Cabrera started playing the double bass at the age of ten. After graduating from the Conservatorio Profesional Joaquin Turina, where he studied with Professor Rafael de Frias and later on with Karen Martirossian, he moved to London in 2002, to complete his undergraduate and postgraduate studies at the Guildhall School of Music & Drama under Professor Rinat Ibragimov. Luis then completed a Master’s at Berlin’s Hanns Eisler School of Music under Professor Janne Saksala. Having received numerous awards and scholarships, he became Principal Double Bass of the Netherlands Philharmonic Orchestra in Amsterdam in 2006. Ηe has been invited to play as guest Principal Double Bass with the London Symphony Orchestra, Royal Concertgebouw Orchestra in Amsterdam, Mahler Chamber Orchestra, BBC Symphony, among others, where he played under distinguished conductors such as Sir Colin Davis, Valery Gergiev and Kurt Masur. Luis has collaborated with ensembles of different styles such as Arcangelo, the Orchestra of the Age of Enlightenment, the London Sinfonietta, the BBC Philharmonic Orchestra and the Orquesta Nacional de España, and he is very active as a chamber music player. He has performed at venues such as the Wigmore Hall, Barbican Hall, Het Concertgebouw and Ateneo in Madrid. He joined the Guildhall School of Music & Drama’s teaching staff in 2012, and has been visiting as a teacher and a coach several colleges and youth orchestras. Luis has recorded with several chamber groups for labels including EMI Classics and Pentatone, and has collaborated with BBC Radio’s 3 prestigious New Generation Artists scheme.